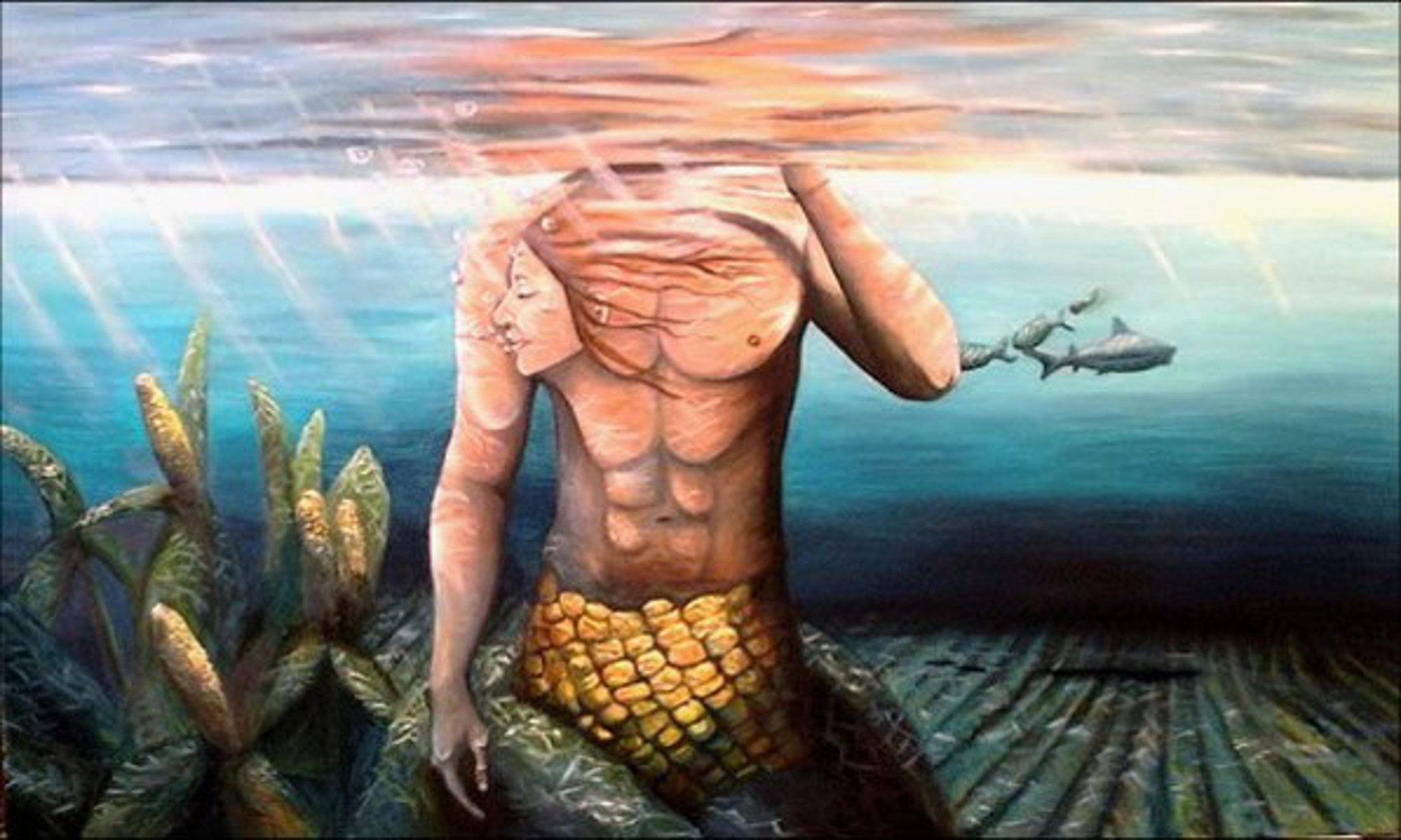 “Corn Husker” imagines a type of genetically modified corn that is able to grow in large fields underwater. It’s a reaction to a frenzy at the time caused by alternative energy investors, who had their sights on ethanol as the next big oil.

As a result, they were buying up lots of corn supplies, and in places like Brazil, caused prices urges and then hurt the local supply of corn and affordability for natives. The actual painting is a literal interpretation of a passage from The Upanishads, an ancient Indian that was a record of “deep thoughts” at the time.

The specific passage that inspired this work translates to: “Like corn, a man ripens and falls to the ground; like corn, he springs up again in his season.” – The Upanishad