From when I first started painting to the present, I’m drawn to the story of a woman empowered, either thru her triumph, her hardship or her use of prayer. 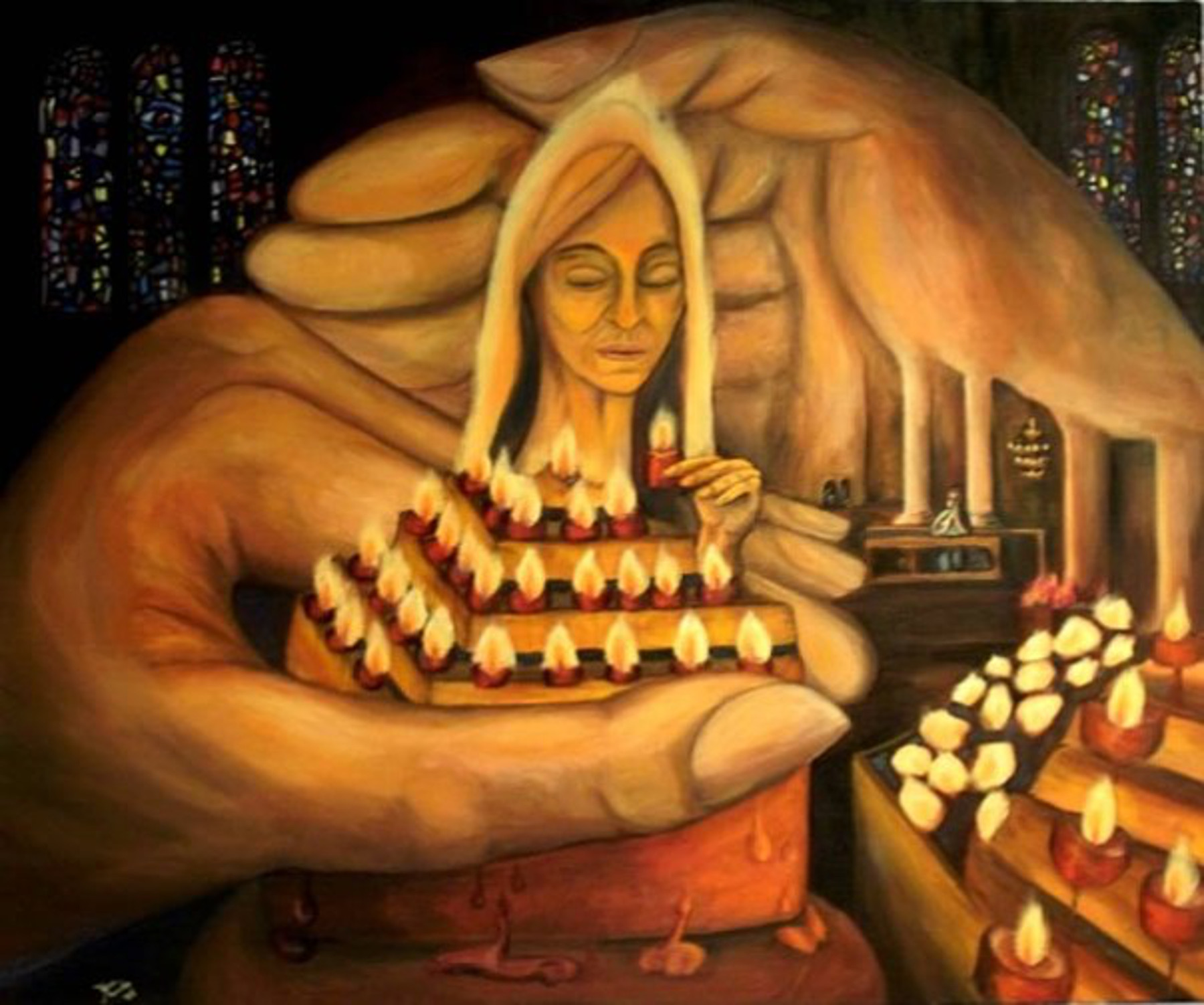 A Prayer in Sacre Coeur

They say that Every time you look up to Sacre Coeur, someone says your prayer. 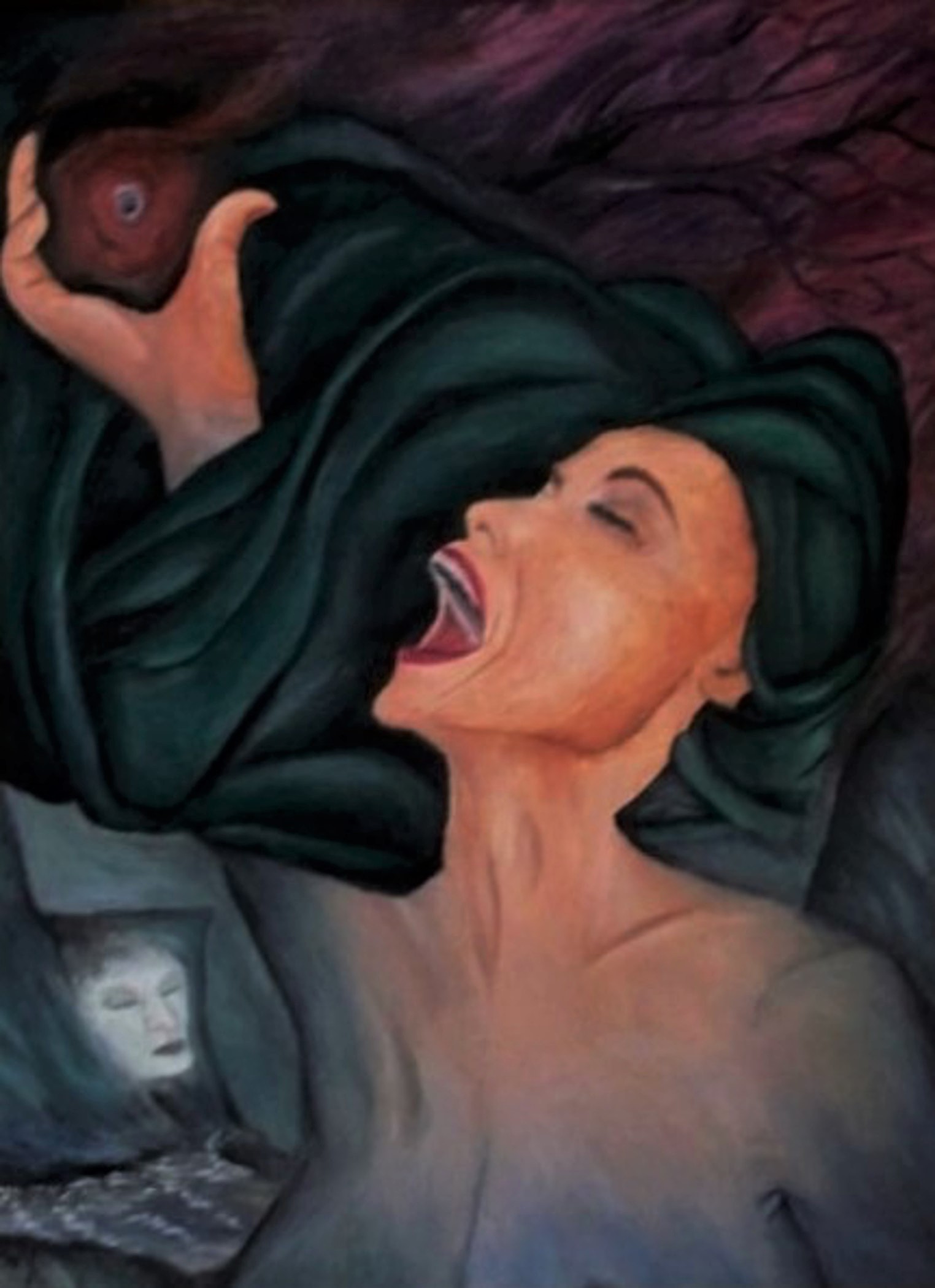 I always envisioned this character, Refulgence, to have left an abusive situation and discovered a new sense of freedom. Her Turban unravels 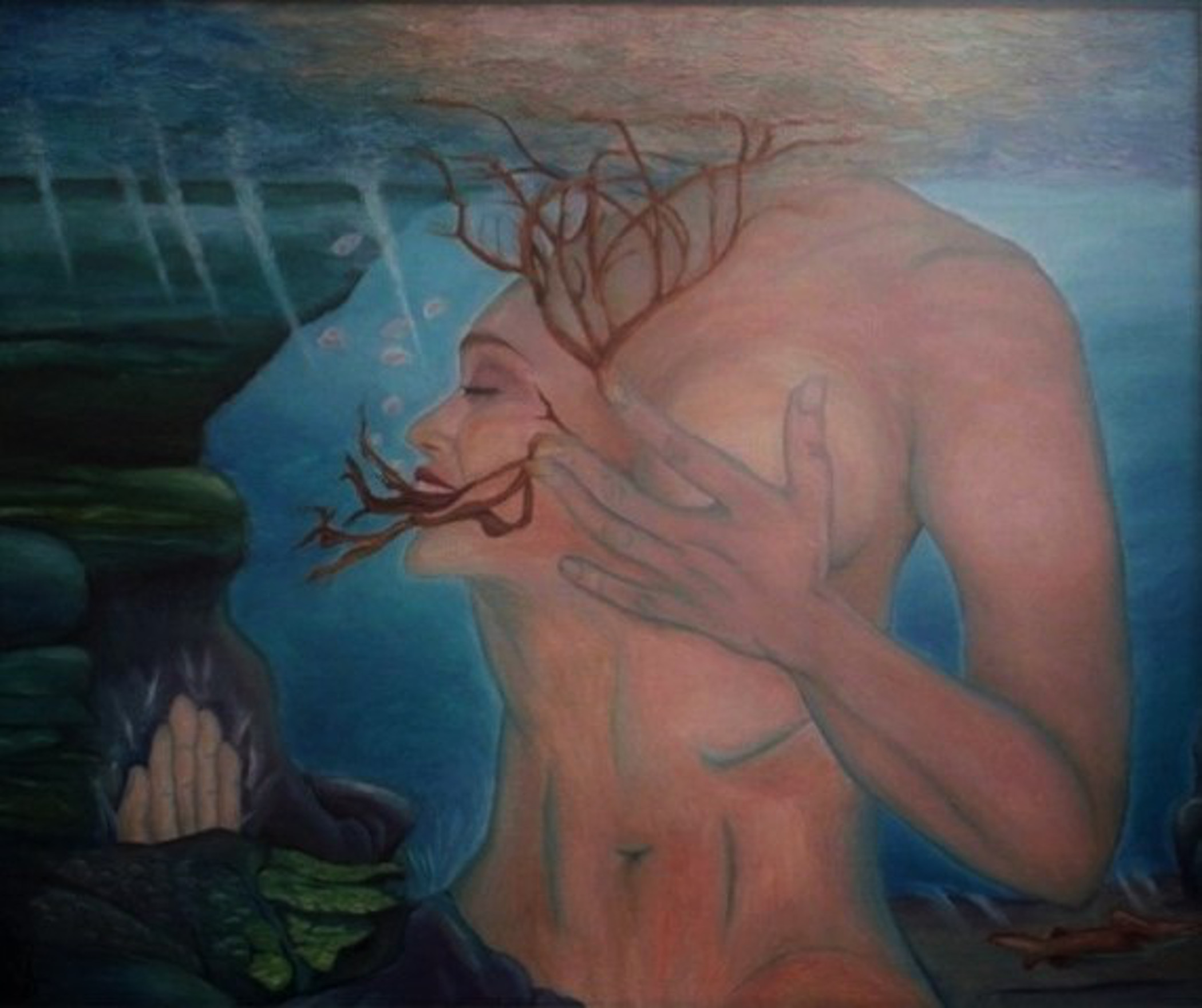 She emerges after a 1000-year slumber due to her own introspection. There is a physics property of light called “Total Internal Reflection…. 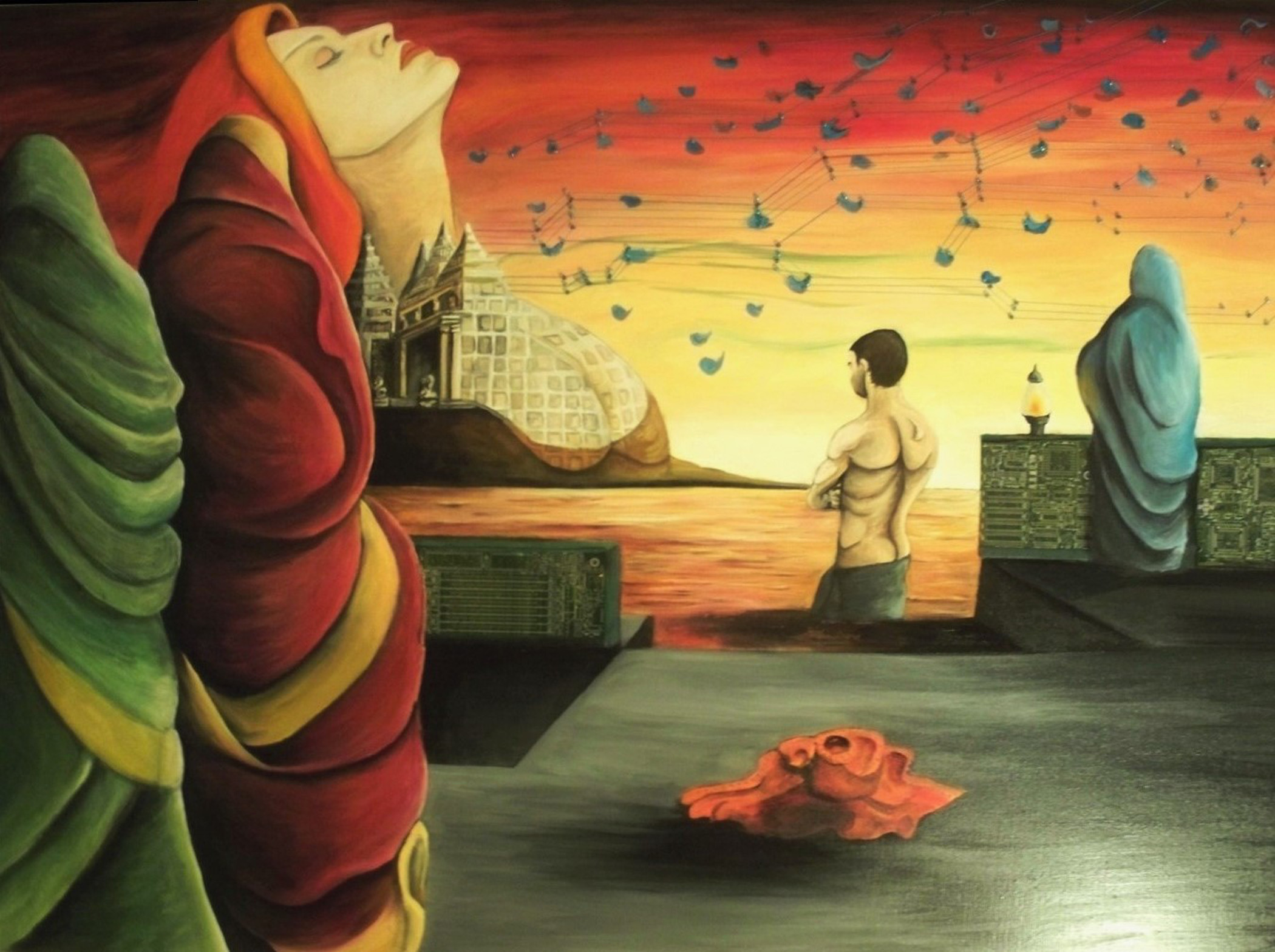 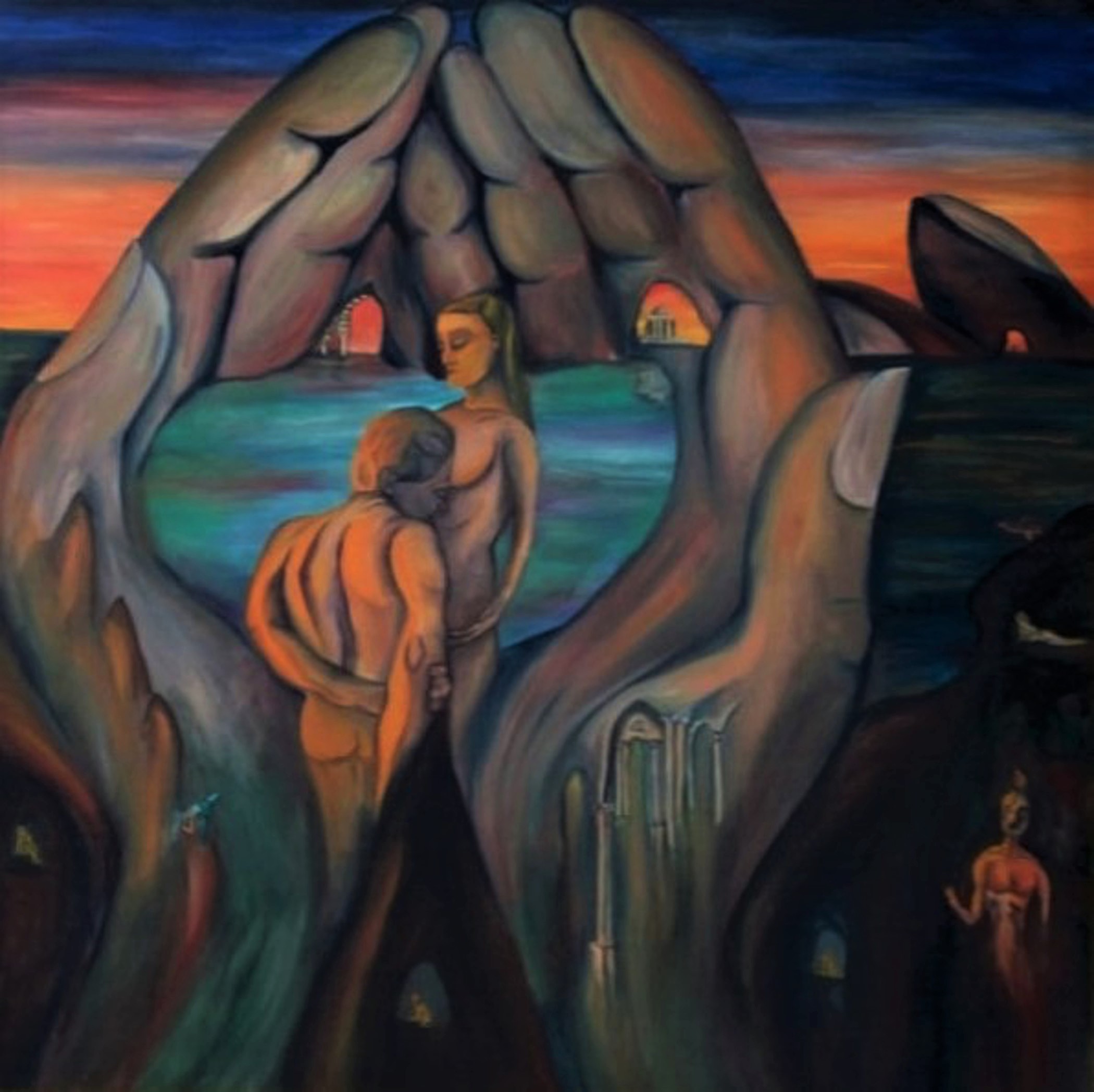 As part of the human subconscious, the man represents the conscious man, the three women in saris represent the three aspects of mind’s … 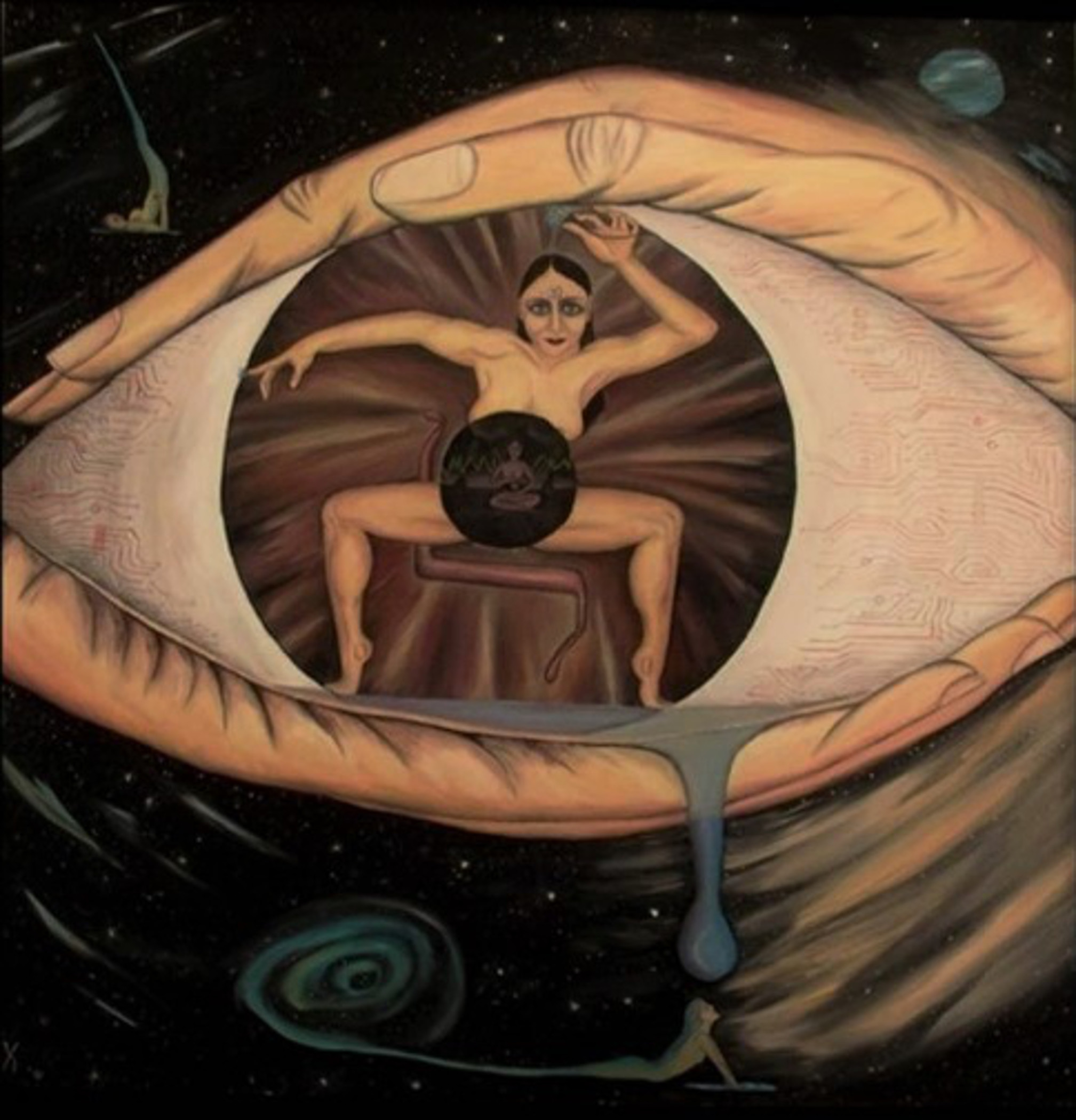 There is a thrill of learning. The word ‘pupil’ comes from the Greek word, “little person” which is the spherical reflection of seeing 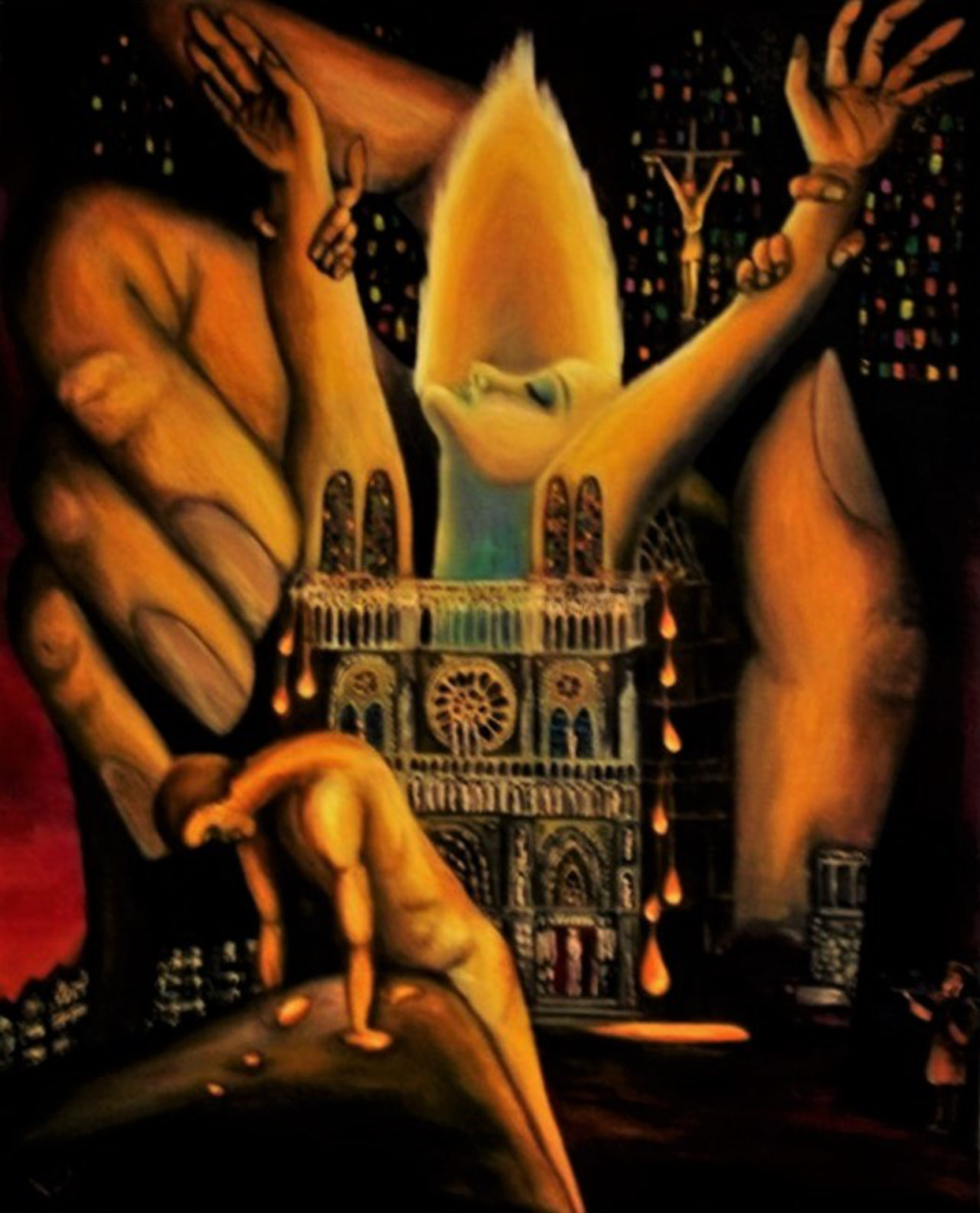 I explored the theme of a hand lighting a candle. The Cathedral becomes the body of any religion, and the central figure releases its