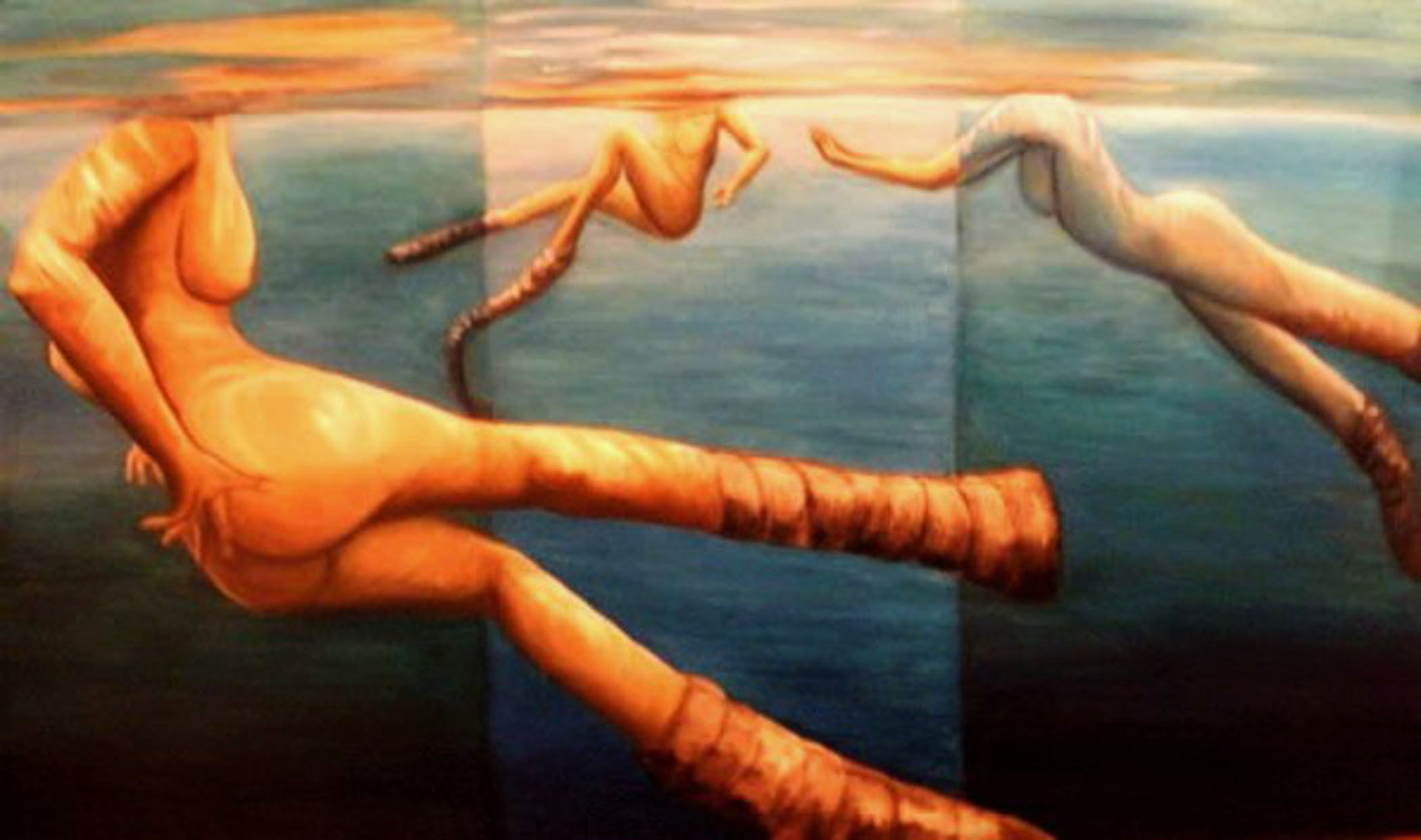 Heartbeat of a Fuel Cell

The intention of this painting was to use the figures underwater to trace how energy flowed in a fuel cell. Fuel cells are critical to storing energy, and are eventually the building blocks of a battery. Not only do we have to source and capture the energy, but we must figure a way to story and transport it for human usage.

A fuel cell is an electrochemical conversion device. It produces electricity from  fuel from two sides – an anode and a cathode, which react in the presence of an  electrolyte. The reactants flow into the cell, and the reaction products flow out of it, while the electrolyte remains within it. In the work, the female figure represents that flow of the membrane.

Half way during the creation of this painting, I heard the heartbeat of my first child, and that is why I named the painting “Heartbeat of a Fuel Cell.”