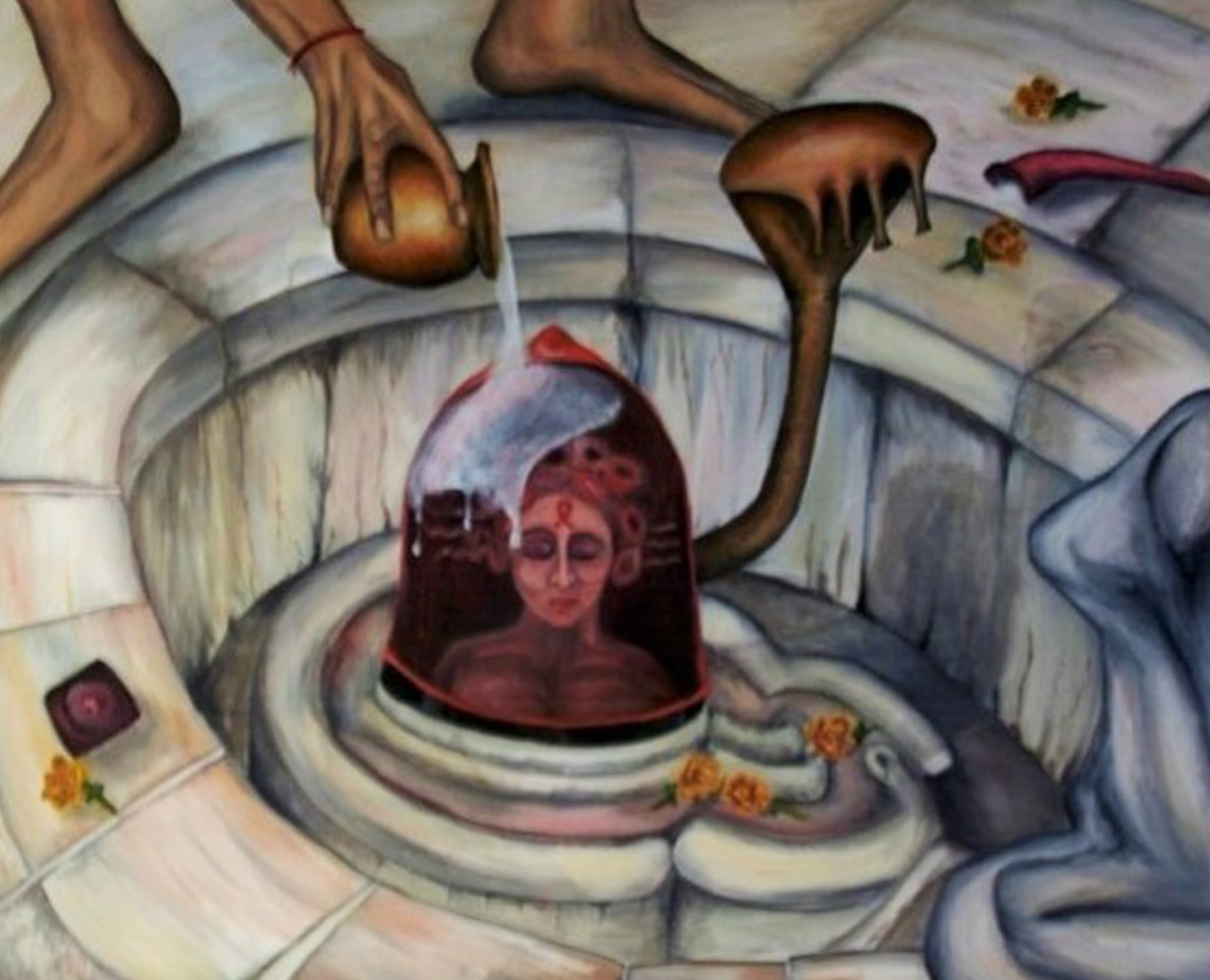 This painting depicts a devotee of Lord Shiva, known as the Destroyer and Creator, as well of masculine fertility, as symbolized by the phallic stoned Linga. In this work, the devotee is anointing the Linga which has a condom on it. The intention of this work was to raise awareness of safe sex practices, contraception and prevention of the spread of AIDS/HIV in rural India, where topics can be taboo. As a sign of respect, the figure in the linga has a third-eye “bindi” made from a red ribbon, an international symbol of AIDS/HIV