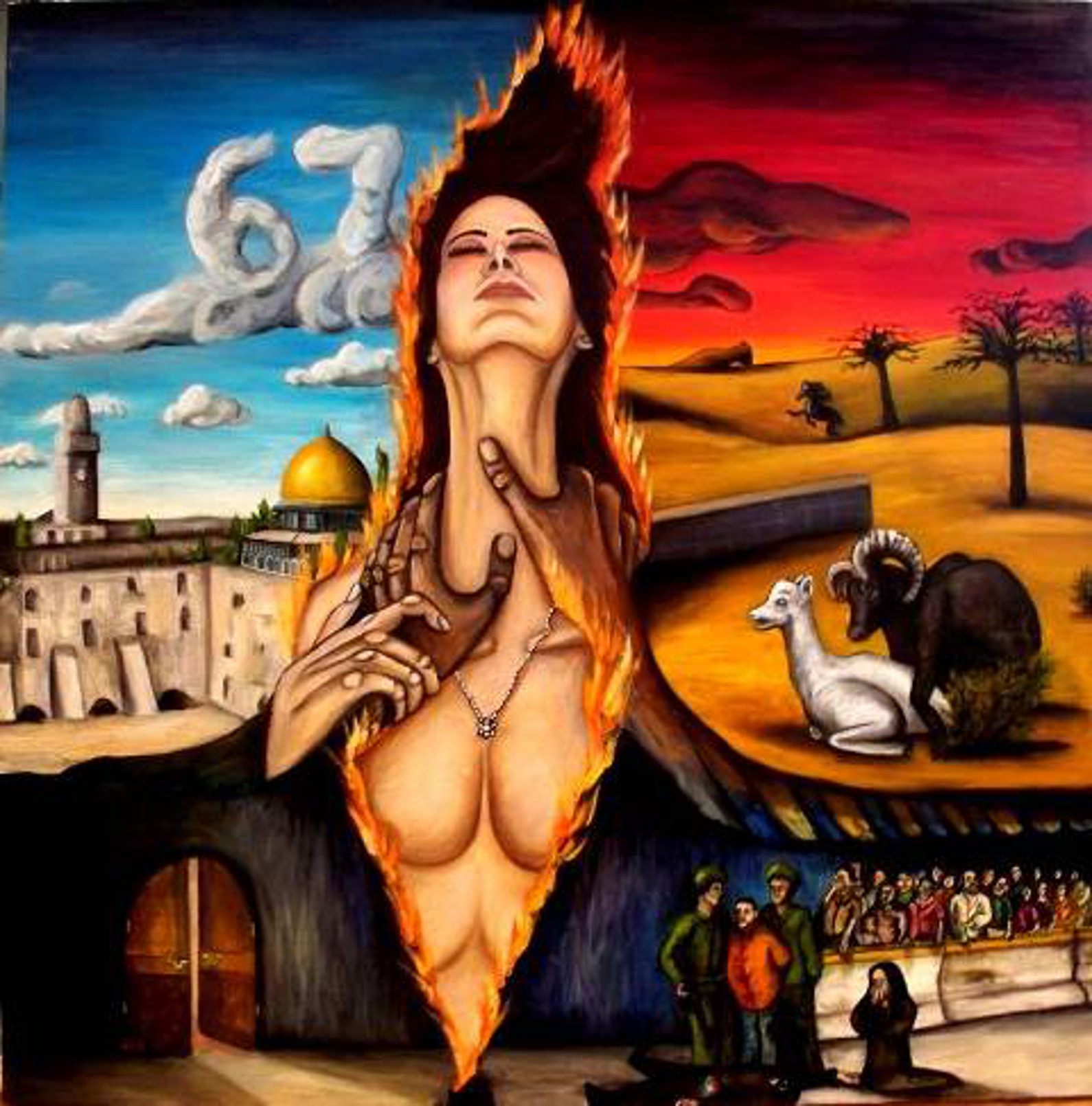 The Intifada of Desdemona

Like extremist attacks on Israel since the start of the Second Intifada and the Israeli invasion of Gaza, Othello smothered his wife Desdemona in a desperate, violent rage. But given Israel’s economic and military prowess, and without a state for Palestinians to call home, which land is truly ‘smothered’?

“The decades of Palestinian struggle are not only like Othello’s loyalty and honor, but also his wrath.” A smothered Desdemona burns like the outline of Israel, whose territorial borders have been disputed since the 1967 Six Day War.

Theme: As the mistrust of an isolated peoples’ struggle festers over time, deep rooted rage erupts into violence.