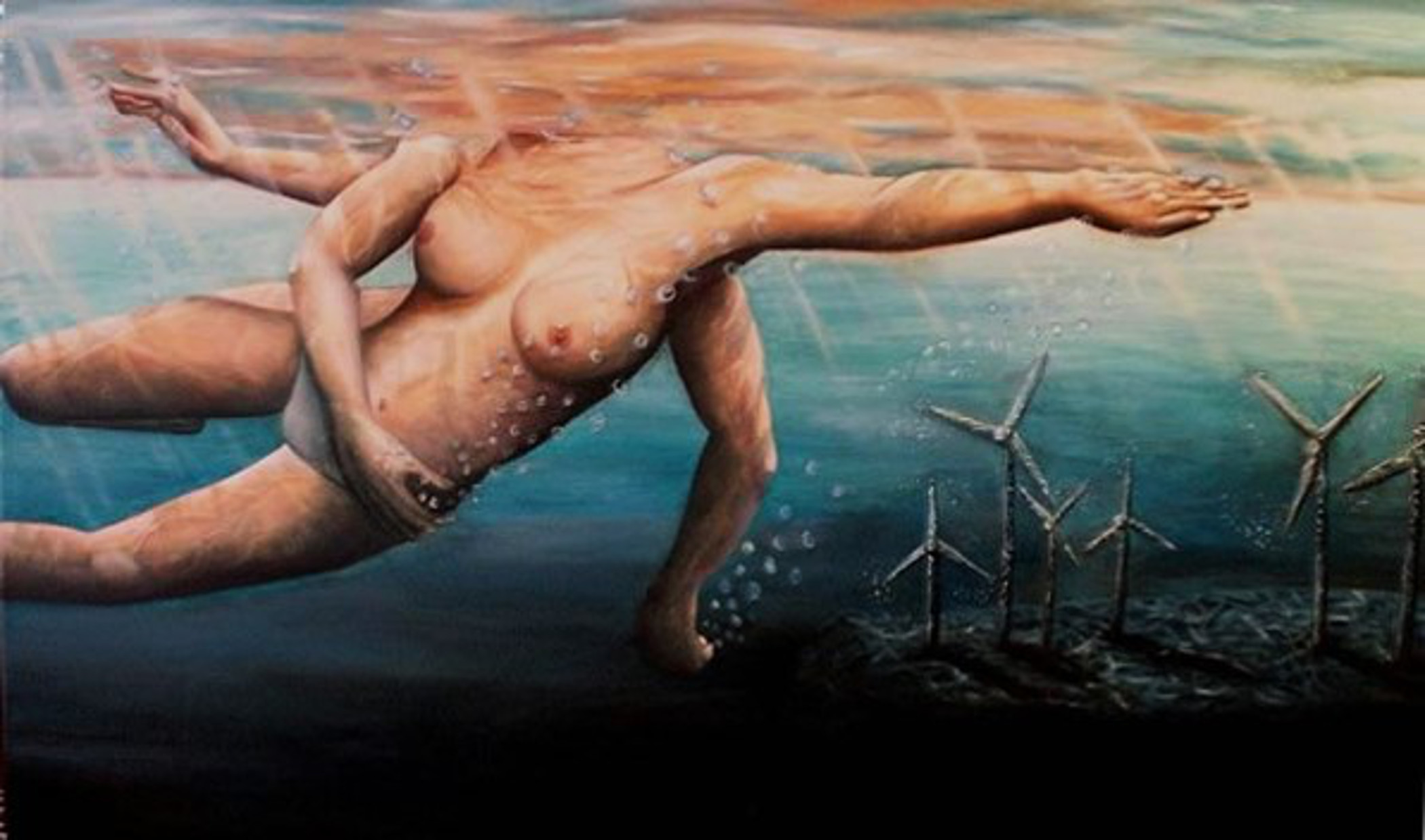 “Wind Goddess” starts a dialogue about using he currents of the ocean to harness energy. Originally I was thinking about turbines, and in the global culture, we were used to seeing wind turbines. I used this as the idea of going with the flow, and harnessing the natural currents with effortless, so for me, having the strokes of someone swimming was really important because it was something personal people could relate to.

The motion of the arms could also be interpreted as a goddess in the Hindu mythology, and in that tradition, four arms represent the inner equipment of the body: mind, intellect, ego and conditioned-consciousness.